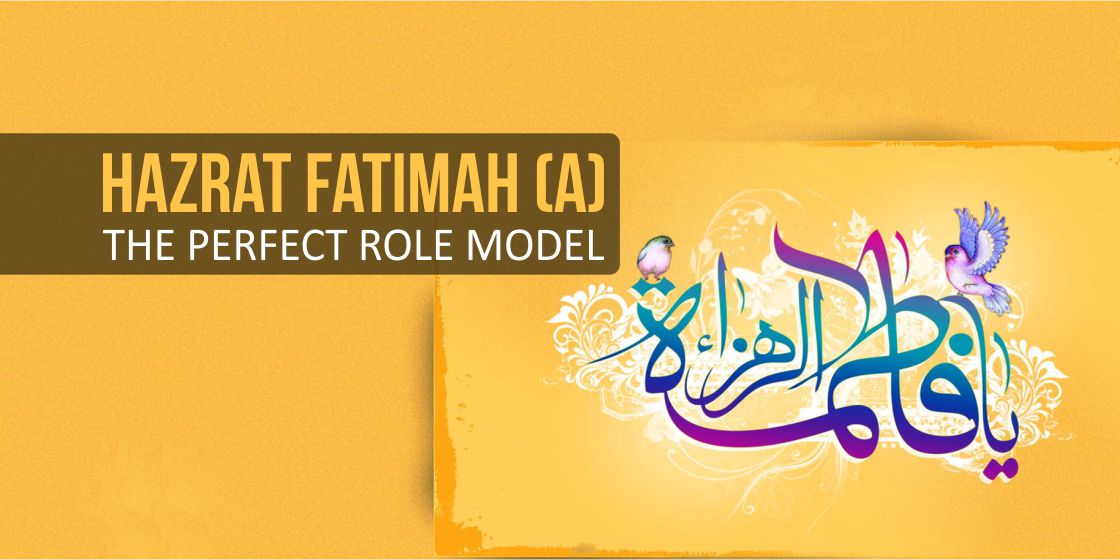 On the necessity of a perfect role model

Based on the concept of divine grace, prophets need to be sent by Allah (SWT) for the actualization of the goal of creation. The prophets of Allah (SWT) are men of honour, integrity and outstanding characters so that they can function as a source of guidance for mankind.

In fact, they were specifically chosen and charged with this unique assignment because of these noble qualities and distinctive traits in them. Consequently, the prophets were sent to their respective communities in order help people to become perfect human beings. As a natural necessity of being able to achieve this goal, Allah (SWT) made the obedience of His prophets mandatory on all people.

In the glorious Koran, Allah says:

The noble Prophet Muhammad (SAW) is a perfect role model for all of humanity, as understood from the following verses.

“Certainly you have in the Apostle of Allah an excellent exemplar, for him who hopes in Allah and the latter day and remembers Allah much” [2]

Interestingly, many polytheists rejected Muhammad (SAW)’s claim to prophethood on the basis that he (SAW) was a mortal like them, and questioned the prophet as to why Allah (SWT) did not send to them an angel as an apostle, to which Allah (SWT) responded:

“Say: Had there been in the earth Angels walking about as settlers, We would certainly have sent down to them from the heaven an Angel as an apostle”  [4]

With regards to the above verse, Ayatollah Makārim Shirazi in his Tafsir al-Namunah writes:

“…the leader should always be the like of his followers; human for human beings and Angel for the Angels. The reason for this similarity is clear because on one hand, the most important aspect of the leader’s (i.e. the Prophet’s) message has to do with its practical aspects. And being an exemplar and role model could only be possible if both (i.e. leader and followers) have the same instincts, passions and the same physical and psychological characteristics. The pure Angels which neither have sexual lust nor the need for shelter, clothing, food and other human instincts can never be role models for human beings. On the other hands, a leader (i.e. the Prophet) must be able to understand the pains, needs and the desires of his subject and likewise be ready to respond to them accordingly…” [5]

It can thus be inferred that a role model must possess the relevant qualities of the nation that he/she has been tasked with guiding.

Prophet Muhammad (SAW) came with a universal message of Islam. This message was a comprehensive one in the sense that it dealt with the needs of every category and class of the human society up till the day of judgement. In addition to this, due to the different characteristics of men and women, Islam had to also provide women with an extra role model to exemplify aspects specific to womanhood, which naturally could not be displayed by the noble Prophet (SAW). In this regard, Anas son of Malik reported the holy Prophet (SAW) to have said:

“Four women are sufficient for you as the (best) women of the worlds: Maryam daughter of Imran, Asiyah wife of Pharaoh, Khadijah daughter of Khuwaylid and Fatimah daughter of Muhammad” [6]

In another version of the hadith, the wife of the Prophet; Aisha said to Haẓrat Fātimah al-Zahrā’ (AS):

Alas! May I informed you that I heard the Messenger of God (SAW) saying: “The leaders of the women of Paradise are four: Maryam daughter of Imran, Fatimah daughter of Muhammad, Khadijah daughter of Khuwaylid and Asiyah” [7]

Similarly, in another version of the tradition, the noble Prophet (SAW) said:

However, from these four women it is clear that Haẓrat Fātimah al-Zahrā’ (AS) possesses particular characteristics of note:

“Allah intends only to remove from you the impurity, O people of the [Prophet’s] household, and to purify you with [extensive] purification.” [9]

“’O people! Indeed, I have left among you, that which if you hold fast to it, you shall not go astray: The Book of Allah and my family, the people of my house.” [10]

“Then whoever argues with you about it after [this] knowledge has come to you – say, “Come, let us call our sons and your sons, our women and your women, ourselves and yourselves, then supplicate earnestly [together] and invoke the curse of Allah upon the liars [among us].”“  [12]

During this event which occurred in year 10 AH, a group of Christians from the town of Najran disputed with the Holy Prophet (SAW) on the status of Hazrat Isa (Jesus) (AS). Consequently, the Prophet (SAW) was commanded by Allah (SWT) to call upon the Christians to engage in mutual malediction to make manifest the liars. Thus, the Holy Prophet (SAW) together with Imam Hasan and Imam Husain (i.e. “our sons”), Hazrat Fatimah (i.e. “our women”) and Imam Ali (i.e. “ourselves”) came for the mutual malediction. The Najrani Christians upon sighting the bright faces of the noble Household of the Prophet (AS) rejected the proposal for mutual malediction and agreed to pay taxes to the Islamic government instead [13]. In this historical and important event, Hazrat Fatimah (AS) alone was the representative of the women of Islam, not any of the Prophet’s wives, relatives or other believing women, evidencing that she was the best example.

Hazrat Fatimah Zahra (AS) was an obedient daughter, she so much loved her parents and likewise she won their love and respects to such an extent that the Holy Prophet (SAW) used to rise, whenever she came to him and regarded her as a ‘mother of her father’. In the same way, she was a humble and hard-working wife; who was a respectful and obedient spouse to her husband to such an extent that Hazrat Ali (AS) once described her as “a partner in the obedience of Allah (SWT)” and someone “who had never disobeyed her husband’s commandments”.

On inquiry about the status of Haẓrat Fātimah al-Zahrā’ (AS), the Holy Prophet (SAW) said:

In conclusion, based on this investigation of verses and ahadith about Haẓrat Fātimah al-Zahrā’ (AS), it can be concluded that Haẓrat Fātimah al-Zahrā’ (AS) possessed perfect qualities, as she was born, raised and died in the realm of Islam. Haẓrat Fātimah al-Zahrā’ (AS) is the perfect and highest example in piety, purity, sanctity, worship, asceticism and morals. She is indeed a perfect role model of how a daughter, wife and mother should act while keeping their decency and pure character. The presence of Hazrat Fatimah Zahra (AS) as a role model for women cemented the guidance and teachings brought by Islam and showed us that they are possible to implement in our daily lives. In fact, the example set by Islam to women was manifested in the person of Hazrat Fatimah Zahra (AS); a beloved daughter of Allah’s Messenger (SAW).