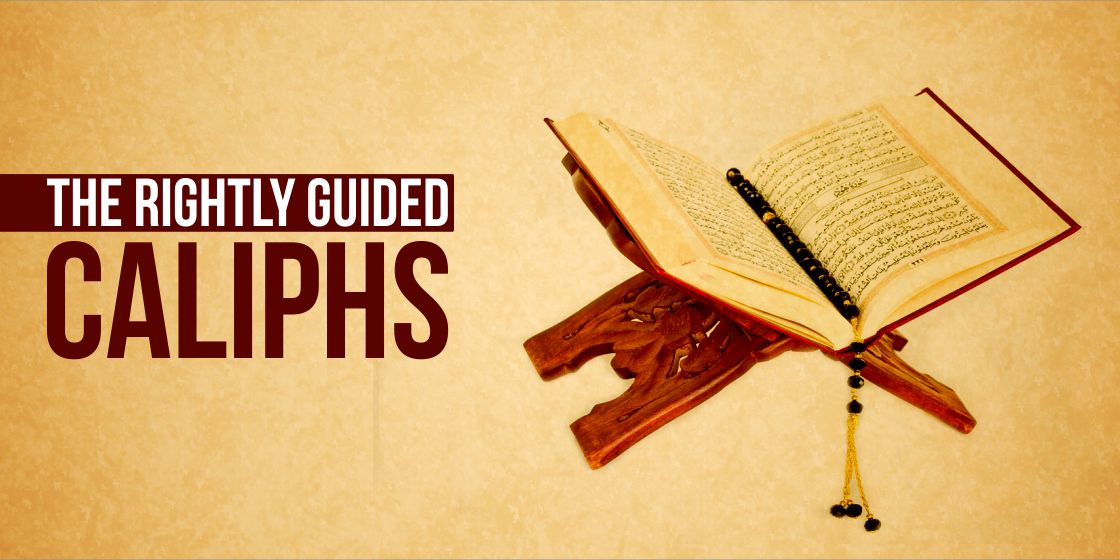 In accordance with the Divine practice, Allah has never left a community of people without appointing for them guide(s). Those guides are the Messengers of Allah (AS).

And their vicegerents who are special servants of God charged with the noble aims of guiding their subjects and communities towards the right path.

This Divine practice continued as a matter of necessity when the last of the Apostles of God, Prophet Muhammad (SAW), was sent as a mercy and guide to the entire universe. He, just like other Messengers of God (AS), appointed his successor with the sole assignment of safeguarding and propagating the prophetic message. Thus, this work – based on sound logical reasoning and textual evidences from both the Qur’an and the Prophetic traditions – establishes that the rightly-guided Caliphs/Imams immediately after the Prophet (SAW) are twelve, and they were divinely appointed through His Messenger.

According to the divine practice, Allah will never leave a nation or a community at any point in time without a divinely appointed leader, whose main duty is to guide the people to the right path. In view of this, the issue of leadership after the Prophet (SAW) is a very vital and fundamental concept in Islam. The concept of Caliphate/Imamate according to many is a necessity based on reasoning. Ironically, the concept has torn Muslims apart from the time of the Prophet (SAW)’s demise until today.

Meaning of “Caliphate” and a “Caliph”

The term Caliph derives from the Arabic word khalīfah, which means “successor”, “steward”, or “deputy” and has traditionally been considered a shortening of either the term khalifat Allah (successor to God) or khalifat rasūl Allah (successor of the messenger of God) [1]. In Islamic terminology, a khalifah is a person who is considered to be a political and religious successor to Prophet Muhammad (SAW) and a leader of the entire Muslim community. Khilāfat, or caliphate, is therefore a form of Islamic government led by the khalifah.

The term Imamate (imāmah in Arabic), on the other hand, literally means leadership and “Imam” means leader. In Islamic terminology, Imamate is the station of universal authority in all religious and secular affairs, and ‘Imam’ is a man in succession to the Prophet (SAW) who has the right to the absolute command of the Muslims in all such affairs [2].

Thus, Caliphate/Imamate is the political-religious office while Caliph/Imam is the leader of the Muslims in succession to the Holy Prophet of Islam (SAW). Even though both terms have some slight differences in their usage, they are often used interchangeably.

The office of caliphate/imamate is as important and necessary as the office of prophethood itself, because the former is the continuation of the latter. Islam without the concept of leadership is an incomplete religion. This is because a human society can be compared to a body and a leader to its head. The body only continues to be alive as long as it is attached to the head. Similarly, no society or organization can continue to develop or achieve any meaningful progress without proper leadership.

Moreover, history shows that Caliph Abu Bakr appointed Umar as his successor and likewise the latter created a six-man committee to appoint the next successor after him, all for the claim of safeguarding the unity of the Muslim community. Therefore, how could it be possible that the founder and architect of such a community was so indifferent to the affairs of the Muslims as to not appoint someone to lead them? The Holy Prophet (SAW) is also reported to have said:

Whoever dies without knowing the Imam of his time has died a death of ignorance. [3]

In light of these evidences, it can be concluded that the presence of a divine leader (i.e. an Imam) at every point in time in the Muslim community after the demise of the Prophet (SAW) is a necessity in order to safeguard and propagate the divine message.

It is clear from Islamic scripture that the appointment of the Prophets (AS) lies solely in the hands of Almighty Allah, who possesses absolute knowledge of all His creatures as well as their spiritual and physical capabilities. That is to say, no human being has the authority to interfere in the selection and appointment of a Prophet:

“…Allah best knows where He places His message…” [4]

Given that the office of Caliphate/Imamate is a continuation of the Prophetic mission, it is evident that the appointment of a Caliph/Imam should likewise be completely based upon Divine Will and not upon consultation or consensus. The consensus of Muslims can only come into play in situations where there are no explicit divine commands. However, the issue of the successor of the Prophet does not fall into this category, as it has been clearly discussed in the Quran and explained by the Prophet (SAW) on many occasions.

And when his Lord tested Abraham with certain words, and he fulfilled them, He said, “I am making you the Imam of mankind.” Said he, “And from among my descendants?” He said, “My pledge does not extend to the unjust.” [5]

Similarly, Prophet Musa (AS) requested Allah to appoint for him a minister and helper, and He granted his request:

Appoint for me a minister from my family. Aaron, my brother. Strengthen my back through him and make him my associate in my affair. … He (Allah) said, “Moses, your request has been granted!” [6]

Thus, on observation of the above and other related verses, it shows clearly that the appointment of an Imam or a vicegerent of a Prophet must be carried out by Allah.

On several occasions from the onset of his mission in Mecca, the Holy Prophet (SAW) along with the concept of the unity of God (tawhīd) and prophethood (nubuwwat) also informed people about the leadership of Ali son of Abu-Talib (AS) immediately after him. For instance, during the third year of his mission, the Prophet (SAW) was directed to invite his kinsfolk to Islam:

Warn the nearest of your kinsfolk. [7]

It was documented that after the revelation of this verse, he (SAW) invited his nearest relatives to a dinner with the aim of introducing them to Islam. According to Tabari in his Tarikh, during this dinner the Holy Prophet (SAW) asked for a helper and collaborator amongst his kinsfolk with the condition that this person would be his brother, successor, and vicegerent. However, none of them except Ali son of Abu-Talib (AS), who was the youngest among them, responded positively to this invitation. Therefore, the Prophet (SAW) placed his hand on the Ali (AS)’s neck and said:

Verily, this (i.e. Ali) is my brother, my successor, my executor and my caliph among you; so listen to him and obey him! [8]

Similarly, in the tenth year after Hijrah, when the Prophet (SAW) was returning from his last Hajj pilgrimage (commonly known as Hajj atul Wida’, or the “farewell pilgrimage”) together with thousands of his companions, he was commanded by Allah to appoint his successor at a place known as Ghadeer Khum (a place between Mecca and Medina):

O Apostle! Communicate that which has been sent down to you from your Lord, and if you do not, you will not have communicated His message, and Allah shall protect you from the people. Indeed Allah does not guide the faithless. [9]

The Prophet (SAW), in order to convey this message, instructed the caravan to stop while a pulpit was erected under the intense sun. The Prophet, after a lengthy sermon, officially introduced his rightful successor:

Upon a thorough examination of the context and the circumstances surrounding this event, it will become clear that the Arabic word mawla in this tradition cannot be interpreted as “friend”; rather, it is used in the meaning of “master and guardian” – someone who has more authority over the Muslims than they have over themselves.

According to several narrations from both Sunni and Shia sources, it was reported that the verse commonly known as “the verse of the completeness of religion” was revealed to the Prophet (SAW) immediately after the event of Ghadeer while the Muslims were congratulating Imam Ali (AS) upon his appointment as the leader of the believers after the Prophet (SAW)

…Today I have perfected for you your religion, completed for you My bounty and chosen Islam for you as a religion. [11]

The numbers of the Prophet’s successors

The traditions on the number of the Caliphs/Imams after the Prophet (SAW) are reported in both Sunni and the Shia sources. Interestingly, the traditions with slight differences are documented in all of the six Sahih books of the Sunnis [12] and within some other Sunni references.

In Sahih Muslim, the Prophet (SAW) has been reported to have said:

“Always the religion will be upright until the hour is established or there are twelve successors after me, all from Quraysh”. [13]

Many Sunni scholars are still grappling with the interpretation of this hadith. Several interpretations have been provided; however, they have not been able to fully explain it in accordance with their beliefs. Obviously, the tradition cannot be referring to the four “rightly-guided” Caliphs; likewise, they cannot be applied to the Caliphs of the Umayyad whose numbers are more than twelve and who were for the most part tyrants and unjust rulers. Similarly, the Abbasid Caliphs could not fit into this criterion, as they were also more than twelve and carried out the worst forms of corruption and persecution against the Prophet (SAW)’s household.

In addition to the specification of the numbers of the Prophet successors, information on their names are also documented in Shia and some Sunni sources. For instance, Al-Qunduzi Al-Hanafi in his famous book Yanabiu-l-Mawwaddah reported the Prophet (SAW) as saying:

In light of these arguments, it can be concluded that there are twelve rightly-guided Caliphs from the Quraysh to look after the affairs of the Muslims after the Prophet (SAW). These rightly-guided Caliphs are the twelve Infallible Imams from the members of the Prophet (SAW)’s household. They were divinely appointed by Allah through His noble Prophet, and their love and loyalty are compulsory upon the entire Muslim nation. The first of them is Ali son of Abi Talib (AS) and the last of them is Al-Mahdi (AS); the Imam of the time (who is presently in an occultation).