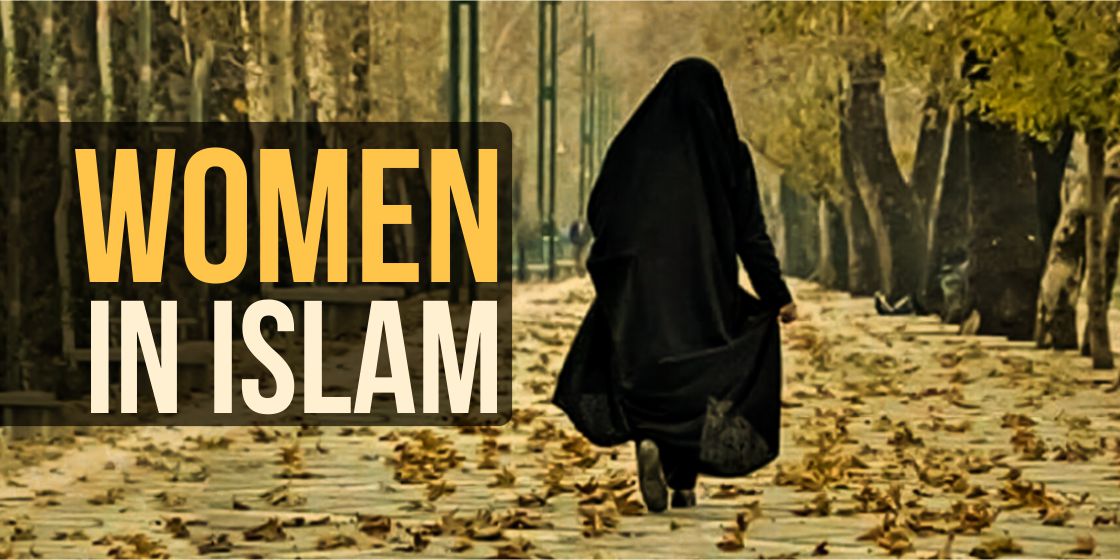 It is very easy to counter all the arguments and clichés about women in Islam. In fact, this whole article is conceived as an exercise in ridiculing all these tired misconceptions. See this as a “fact sheet” with some pertinent quotations that can be memorised.

Possibly, these counter-arguments could prove useful next time you are cornered by a “well-meaning” Western woman desperate to lecture you, the oppressed female, on how Islam will not let you flourish. On the other hand, if you are a Muslim man, you may be just as bored with the seemingly pre-recorded message that “Muslim men are this/that….” You will now have just the right rebuttal for every situation (if you remember all these quotes).

So how about this statement: “The day he (The Prophet Muhammad PBUH) announced his prophethood, only a woman and a child believed in him.” (Islamic Government, p. 135)

This is a very special position for women; they are acknowledged to be among the first “converts” to Islam. That certainly does not indicate that Islam controls women!

“Islam took women by the hand and made them equal with men, whereas before the Prophet came, women had no standing. Islam gave women strength.” (Speech given by Imam Khomeini on the occasion of the anniversary of Hazrat Fatima Zahra’s birthday and Women’s Day, 15 November 1978, 24 Aban 1357 AHS)

“Islam holds you in higher esteem than it does men.”

The extremely high rank that women as mothers hold is also exemplified in this comment by Imam Khomeini, 11 November 1978 (20 Aban 1357 AHS):

“One night of a mother’s life with her child is worth more than a lifetime of a dedicated father’s.”

Again, the foundation for inciting violence against a group of persons always lies in the hatred of them, or in considering that group inferior. However, no such attitude exists towards women in Islam, if you have read the preceding statements.

“Beating women is allowed in Islam.”

Again, rather the opposite is true, “Islam came and bestowed its blessings on mankind, it dragged women out of that state of oppression; it pulled her from that slough of ignorance.” (Imam Khomeini)

Prior to the advent of Islam, life had been tough on women; girl babies had sometimes been buried alive, and women generally had no status. Regarding the “beating” of women, read on to see how Islamic law deals with a husband who is mistreating his wife.

That is not quite the way Prophet Muhammad (PBUH) puts it, he states:

“He who has a daughter whom he educates and masters her education, teaches and masters her teaching, and gives generously from the bounties God bestowed upon him will have her as a protection from fire.” (Mizan Al-Hikmah, Part One, p. 65)

If women really were “things” in Islam, why bother to stress the importance of their education? In fact, the obligation to become educated is an important one, as the Prophet (PBUH) has said:

“Asking for learning is a duty imposed on every male and female Muslim. God likes them who ask for learning.” (Al-Kafi, The Sufficient, Part One, p.30)

“In Islam women are seen as less than men.”

“O Mankind! We have created you from a male and a female, and made you into nations and tribes, that you may know one another.”

On the occasion of the anniversary of Hazrat Fatima Zahra’s birthday and Women’s Day, 5 May 1980 (15 Urdibihist 1359 AHS), Imam Khomeini leaves no doubt that women are held in high regard in Islam:

“You ladies must be active on the educational and cultural fronts just as the men are.” (Khomeini)

“Slavery is sanctioned in the Qu’ran.”

Several of the Twelve Imams, the progeny of Prophet Muhammad (PBUH) in fact freed female slaves, educated them as scholars, and married them.

“Islam and sharia law subjugates and even kills women.”

So let’s talk about some women’s rights then.

A woman already married can refer a matter of mistreatment by her husband to a faqih. If the complaint is held to be valid, he PUNISHES the husband! The faqih will attempt to get the husband to behave properly. If this does not work out, the faqih then grants the woman a divorce.

In the Islamic system, women have the same rights as men:

“Who has told you that women will be locked up?! They are free like men.”

Again, very succinctly rebutted by a beautiful saying from the Prophet (PBUH):

“The heaven is under the feet of the mothers.” (Moujam’ maa Al-Bayan, The Collection of Eloquence, Part Eight, p.11)

Absolutely nothing about hating women here, if anything, there is so much love for women and mothers that they are seemingly raised above heaven.

Imam Khomeini (r.a.) in “The Position of Women from the viewpoint of Imam Khomeini” celebrates womanhood in this statement:

“If nations were deprived of courageous women, of women to rear true human beings, they would decline and collapse.”

“As a woman I oppose Islam.”

Having read all of the above, the only course of action should be for a woman to embrace Islam. No other faith will elevate her to the same lofty heights, and the atheism that comes as part of materialism, well that will just package her as a commodity and sell her to the (highest) bidder. Why would a rational woman want to oppose being celebrated, afforded the same rights a man has, and even held in higher regard than a man? Then again, the women who oppose Islam are not necessarily employing their faculties of reasoning.

The Position of Women from the Viewpoint of Imam Khomeini (r.a.)

BA in Philosophy and Modern Languages